The BVOP™ Agile Guide
Start Learning Get Certified
All sections of the BVOP™ Ultimate Guide are part of our management certification training. 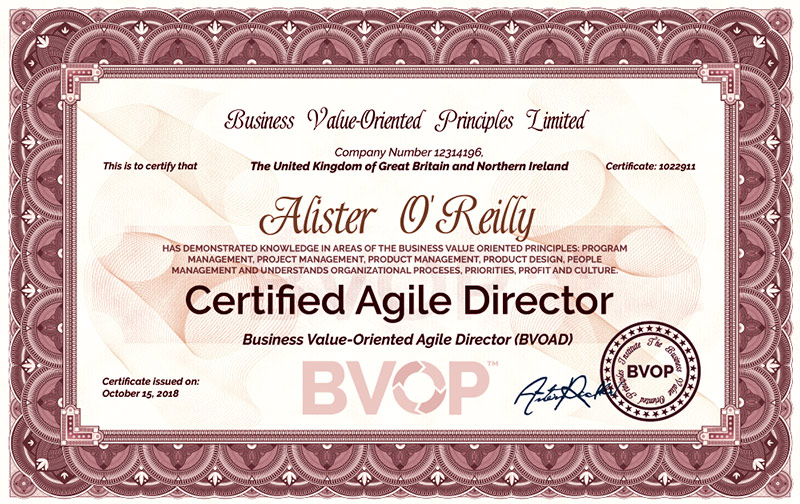 The Scrum Master is responsible for creating project teams, integrating them into the organization, and providing a clear vision of the product. The Scrum Master also facilitates communication and information exchange between external groups and the project team.

Scrum is a style of work that strives to maintain sustainable productivity for teams. Problems can quickly arise if the roles within the team and organization are not clearly defined and understood, and the team members do not follow the goals and purposes of the roles.

The Product Owner role represents the voice of consumers and the desires of stakeholders and businesses. The development team develops all these needs qualitatively.

The need for a Scrum Master role

However, throughout this process, there is a need for a role that takes care of all parties and strives to comply with Scrum's rules, rules, and principles. Otherwise, chaos, micro-management, and disruption to the teams would result. Such negative situations can lead to a decline in motivation, defects in the product, difficult product maintenance, divergence of plans, and potential failure.

The Scrum Master role ensures that all possible negative results do not happen.

The Scrum Master strives for teams to work according to the principles and practices of Scrum.

The Scrum Master role, like all other roles in Scrum, has no authority to manage people, work, or anything. However, it has authority over everything related to Scrum processes, events, rules, ideas.

The Scrum Master acts as a leader for the team, not as a manager. Leads the team toward their goals and product goals.

The successful Scrum Master is dedicated, committed, and focused on the development of others and the Scrum culture of the organization.

Key responsibilities of the Scrum Master role include:

The Scrum Master must be able to represent the significance of Scrum clearly and without complex and disturbing terminology.

A servant leader is a popular term used to describe the Scrum Master in two words. The traditional style of leadership is usually understood as the expression of power by one person. The understanding of the serving leader is the opposite. The needs of others are first and foremost. Teams are being helped to do their jobs well and grow.

The highest priority for the Scrum Master role is to encourage and assist the Development team in maximizing their potential and productivity, in developing their skills, and in increasing the value they create.

Collaboration with the Development Team

Protection of the team

The Scrum Master role acts as a buffer between the team and all external influences, problems, and processes.

The Scrum Master protects the Development team from the Product Owner

Sometimes, in teams, some participants may wish to manage their colleagues. In the classic method of management in organizations, this would not be a problem and is even considered a positive situation.

According to Scrum rules, such management should not be accepted. Respect and equality should motivate team members and develop their creativity. Featured team leaders can often naturally lead to micro-management, individual decision making, assignment, and all Scrum principles will gradually be broken.

The Scrum Master role should be aware of such possible and potential situations of violation of the Scrum rules, have a clear mind, insight, and the skills to evaluate any possible situation.

Only if the team needs it, the Scrum Master role organize meetings and events and invite everyone who needs to attend. Shares instructions, prepares attendees for meetings, explains discussion topics, and reminds Scrum rules.

If teams are disorganized and chaotic, the Scrum Master role restores order. For example, if a Product Owner role avoids an important meeting or provision of information, the presence or assistance needs to be sought and explained.

The Scrum Master is a Coach

Coaching is not just about the rules and principles of Scrum. The motivation, ambition, and focus of the team must be maintained.

Some team members may not understand the terminology or practices used by the rest of the team. The Scrum Master role helps everyone around to get into Scrum's atmosphere and ideas.

Every team, project, and organization has problems and obstacles of any kind that can arise at any time.

The Scrum Master does not work to remove obstacles and problems by taking self-directed decisions and actions. The options are always discussed with the team in advance to provide the best solution for them. Whenever possible, it is provided that the Development Team can solve its problem by itself in the best possible way. The Scrum Master role only supports this activity.

Interpersonal problems and team conflicts are also important incidents where the Scrum Master role must be involved to solve problems in the most constructive way possible for both the team and the product.

Collaboration with the Product Owner role

The Scrum Master serves as a coach and supporting role for both the Development Team and the Product Owner role. An important aspect of working with the Product Owner is clarifying User Stories that need details and care for the Product Backlog, which needs to be prioritized and detailed for the next iteration.

Who should be the Scrum Master?

To avoid conflicts of interest, it is of particular importance that Scrum Master and Product Owner roles are not taken over by the same person in the Scrum team.

In another unpleasant situation, there may be a Scrum Master that also performs Product Owner functions, which, however, focuses primarily on Scrum and the team, and product progress and its value can be seriously impaired.

On the other hand, both roles require a considerable amount of time daily, and performing both roles by one Scrum team member would be particularly difficult. Organizations, teams, products, and business stakeholders may suffer losses.

There is much discussion as to whether the Scrum Master role is a full-time position or an hourly role. The official Scrum manuals do not answer these questions either. So we have to think logically again.

For some teams and projects, an hourly Scrum Master role might be enough. In this case, everything has been polished over time, and the problems are resolved and reduced. Everyone in the organization follows the Scrum principles. Business stakeholders look forward to the team completing the planned work at the end of the Sprint. The team is self-organized and focused on its goals.

In another case, if the team is new or Scrum is still an incomprehensible matter to everyone around, the Scrum Master role would be necessary and of particular importance, daily and throughout the working hours.

As the team cultivates respect, work, value, and collaboration, and business stakeholders become accustomed to the ideas of Scrum, then the Scrum Master role gradually becomes simply a mentor who is always available and around. The critical need to solve problems and organize events is likely to decrease.

Then, a Scrum Master can have the capacity, capability, energy, and time to serve multiple teams within the organization at a time.

Another common practice in Scrum teams is to have the Scrum Master take on the role of a technical person who is part of the Development Team. In this case, every time the team needs their Scrum mentor and assistant, the developer takes on the Scrum Master role and ceases to act as a Scrum Master.

Although there are pros to the Scrum Master role being taken over by the Development role, this configuration has its logical drawbacks as well.

In addition to being distracting for a team member to change roles constantly, the Development Role is likely not fully to understand the business needs of the team and organization. Assistance to the Product Owner role may also be detrimental.

Comments of our guests

The BVOP™ Chief Executive is the core driver of the Business Value-Oriented Principles and the most advanced figure and leads the interest of the organization.

The BVOP™ Director is the most advanced and important role inside Agile products and services-based organizations.

The BVOP™ Project Manager is an advanced and competent business, product, and technical role and a key factor for the success of the projects.

With the advancing design, development, technical, and business knowledge, the BVOP™ Product Manager is a master role and decision-maker for the products.

People are the greatest assets of any organization. Balancing the people and organization needs